A breeze of air (a play) 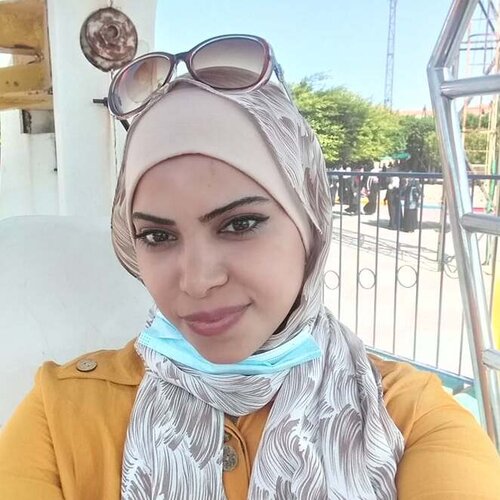 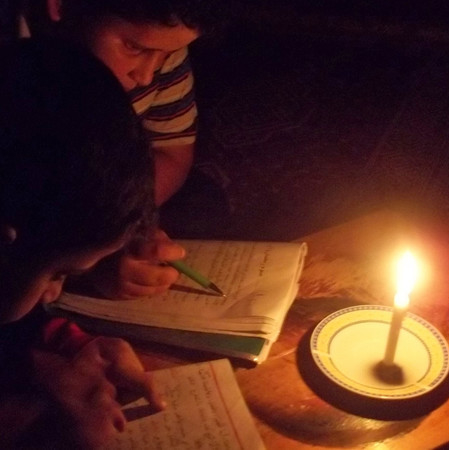 The houses are empty; people are either sitting near the seaport or at the park, escaping from the hot heaviness of the dark in their houses.

We are moving through the narrow streets of a neighborhood. Buildings are falling apart, unpainted. To our left there is the sea. To our right there are some stairs that lead to the center of the camp.

We are in an apartment now; no, it’s more like a basement. There is a corridor; to our right is a very small kitchen with a floor of sand and cement. A hot plate and dishes are arranged on the floor, ready for a meal. A very old, broken oven is in the corner.

The corridor ends at a small room, with mattresses piled in one corner and a small mat on the ground. A TV is on the only table. The windows are closed, and the corner of one of them is broken.

A scratching sound is heard … a big rat. It passes through the small hole in the window and it creeps into the kitchen.

There is the sound of voices; the inhabitants are back. The door opens and a father, mother and five children—three boys and two girls—enter. The mother is holding her 2-month-old baby.

"Pff…No electricity yet?" The father asks, frustration in his voice, as he tries to turn on the light.

"No … not again; it's our turn now!" grumble the children.

The mother says to the children, "Yalla [hurry up]. Bathe and go to sleep."

"Hey, don’t be; you told me you’re a girl who doesn’t fear anything. It's just dark," says the father. "Here, Um Ahmed [mother of Ahmed, a sign of respect], take this candle as a weapon to help Rahaf fight the darkness."

Um Ahmed smiles, but whispers to her husband while the children are laughing,

He looks at her, tightening his lips unhappily, and says in a low voice, "What other choice do we have? There is no electricity, the children are afraid and, wallah [really], I don’t have money to buy a flashlight right now. Tomorrow I will go look for work or see if someone can give me a loan.”

"Hey, super children!” she calls out. “Yalla, to the bathroom."

The father fetches another candle and with one click of the lighter, the flame is alive. He stands it up on a plate, checks its stability, then puts the plate on the TV.

"Come, children, get your pillows and get ready to sleep," he says.

The mother is laying the mattresses on the ground for the children as the children take their showers. Then each child gets a pillow and puts it on a mattress. Rahaf, standing near the TV eating a cheese sandwich, places it on the TV by the candle and fetches her pillow too.

(A breeze of air wafts through the room)

The five children and their parents sit on the mattresses. They talk about their trip to the port and are laughing.

Mother smiles with a look of anxiety in her eyes. "OK, I will make you … hmmm, macaroni?"

Mother whispers to her husband, "It’s the only food we have; we don’t have bread. Go get some meat from your mom; she got some yesterday from one of the charity organizations."

(Another breeze causes the candle to flicker.)

When the mother finishes cooking the macaroni, all but one of the children are already asleep. She covers them and takes the food back to the kitchen.

Ahmed is still awake, so he accompanies his mother to the kitchen.

(A rustling is heard somewhere on the floor)

The mother, using her slipper, hits the floor near where the rat had been heard. "Every time I kill this rat, it comes back to life," she says, trying to laugh it off.

She carries Ahmed back to the mattresses.

"OK, don’t be afraid," she says as she walks toward the door with him.

In another corner of the basement, a nose, sniffing, appears in the dark..

(A breeze causes the candle to flicker again. The following actions happen all at the same time.)

The children are sleeping on their mattresses.

The rat runs near the TV, attracted by the smell of the cheese sandwich.

The mother is at the door.

The rat hits the TV table.

The father is on his way back with the meat.

The candle tips over and a flame begins to lick at some dry paper on the floor.

Zoom out… zoom out

In May 2016, three children died in a Gaza house fire caused by an overturned candle. Chronic fuel shortages, causing daily blackouts of up to 18 hours, make alternative sources of light a necessity.