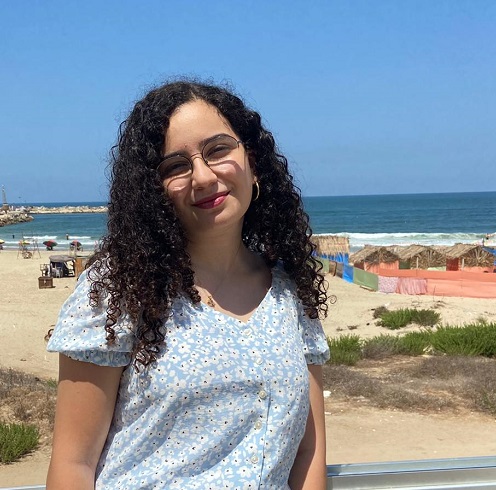 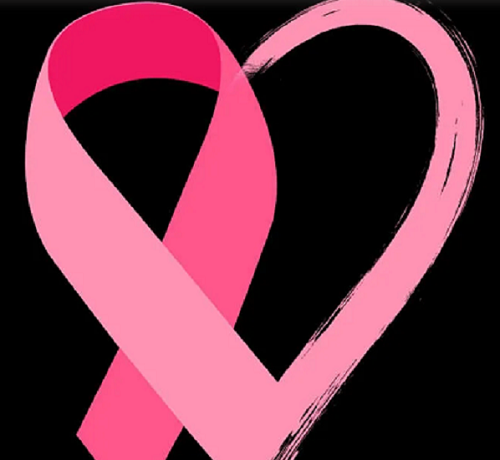 What is the first thing that comes to your mind when you hear the word “cancer”? I asked this question of 30 people, and all of them had different answers. But they all agreed on one thing, which is that cancer cannot be beaten without love. Here are stories of two women. Their stories are different but their love for their families is what helped them endure cancer treatment.

Insaf is a 44-year-old divorced woman, a mother of two kids, and a breast cancer fighter. She has been living with cancer since 2014. She discovered a mass in her right breast while she was doing her monthly self-examination. Insaf always made sure to examine herself because her older sister suffered from breast cancer and passed away in 2008. Her sister’s doctor advised the whole family to get check-ups regularly because he thought it might be hereditary.

Insaf didn’t hesitate when she found the mass in her breast. She went to get an ultrasound and a mammogram. The pictures showed that there was a mass, but how would she know if this mass was benign or malignant? She went to see a surgeon who was familiar with her sister’s condition, who took a biopsy of the mass. The results were supposed to come in five days. She spent those five days worrying, “what if it is cancer?”

When the results came, her doctor told her that it was malignant and that it needed to be treated immediately. She was so shocked that she wasn’t sure she heard what the doctor said. For a few seconds, she got flashbacks of when they found out about her sister’s cancer. She thought she would go through the same scenario her sister went through, and she didn’t want to leave her children. She didn’t even know how to tell them she had cancer. Her mother was afraid of losing her and Insaf didn’t know how to tell her, either.

On December 28, 2014, Insaf had a right-sided mastectomy, and after ten days, she started chemotherapy. This stage in her cancer journey was the hardest, although her family had her back the whole time. Her doctor told her that chemotherapy doesn’t affect all people the same way, but it wasn’t easy for Insaf. When she was about to take her third dose of chemotherapy, she told her mother that she couldn’t take it anymore and that she was not going to take the rest of the doses. Her mother told her that she should live for her daughters and keep going so that she could see them as the most successful people in the world. Her friends advised her to get help from the Aid & Hope Program for Breast Cancer Patient Care.

In 2020, Insaf found another mass in her left breast, and it was malignant. It was so hard for her to receive her treatment because of the pandemic. Also, her immune system wasn’t strong enough for her to visit the hospital. She was so depressed at that point, because she didn’t want to go through the same scenario again. However, she kept fighting for her own life and for the lives of other women, who consider her a source of inspiration.

Currently, Insaf volunteers for women who are living similar experiences to hers. Women with breast cancer see her as a role model and a fighter because of what she has been through so far.

Eman is a 46-year-old woman, mother of two kids, and a breast cancer fighter. On May 30, 2015, Eman felt a mass in her breast. She was so afraid to tell her family because she had already lost a lot of her family members due to cancer. After three days of keeping this secret, she felt the need to tell someone, because she kept overthinking about what would happen if this mass turned out to be malignant.

On June 1, 2015, she had a mammogram to find if the mass that she felt was really there. Her mammogram and ultrasound pictures weren’t clear enough for the doctors to tell if the mass is malignant or not, so she went to the hospital for a biopsy. The mass was removed through a lumpectomy procedure. After that, she learned that the mass was malignant. Her doctor advised her to continue with chemotherapy even though he had removed the mass entirely, but just to make sure it doesn’t come back again.

Eman had to take her chemotherapy in Jerusalem every 21 days, which was very hard logistically for her as a Palestinian who lives in Gaza. After she finished her chemotherapy, her treatment plan was to destroy any remaining cancer cells through radiation. She had to wait for three months before she could get her treatment, because it wasn’t available in Gaza due to the blockade.

On November 15, 2015, she got the chance to travel to Jordan to receive her treatment. After she went back to Gaza, her doctor told her that there was another treatment that she needed to receive but it needed to be taken in Jerusalem. Eman was happy that she was going to visit Jerusalem again, because she hadn’t had the chance to enjoy her time there while she had been taking her doses of chemo.

After a year of receiving her treatment, she was banned for no obvious reason from traveling to Jerusalem. She had to wait eight months before she finally got the chance to go complete her treatment in Jerusalem.

Eman’s husband was always by her side. He was with her every step of the way, which made her strong enough to fight the cancer.

Eman still needs to travel to finish her treatment, and it’s even harder right now for her to travel due to the pandemic and her weak immune system. However, she is still full of hope, and she is still fighting for herself and for her husband and kids who have supported her all along the way.

Insaf and Eman are two examples of the extra hardships Palestinian patients with breast cancer have to endure. It is always hard for such patients to travel to get their treatment. It costs a lot and it’s not always possible for them to travel.

You might be asking yourself right now “How can I help them?” Spreading the word is the least you can do for them.

And for people with breast cancer anywhere—here’s what you can do. Talk to them and support them. Encourage them in their journey toward recovery from cancer. It’s always good to talk to patients and make sure that they are feeling good, so that they have all the strength they need to fight their disease. Love will always help them stay on top of their treatment.