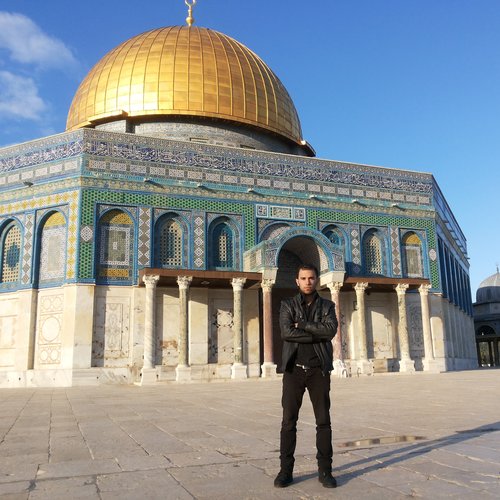 I knew I would have to return, as if to hell after a visit to paradise, but I wanted to enjoy the moment. To share it. To ride the crest of a high wave before it broke and rolled back.

But my friends were in no mood for stories. Gaza was at war. Palestinians were being killed, and a new uprising—intifada–was developing in Jerusalem.

“When someone of your age—who has hardly travelled even in Gaza—says he went to Jerusalem, he is either a fool or pretends to be one. I can believe elephants can fly, I can believe you have ascended to the moon, but I can't believe for one solitary second that you have visited the holy place," Mohammed said.

"What you have just told us is insane! How can we believe you when we are occupied, are under siege and with a new intifada erupting in Jerusalem?" Mos'ab chimed in.

But let me start at the beginning.

It was late night. The news on TV was depressing: "The uprising is now entering its fourth week in the West Bank. The conflict has left 43 Palestinians martyred and more than a thousand injured since October 1.” If this continued, the newscaster said, the unrest would be develop into a full-blown third intifada.

My phone rang. It was a friend, Belal, from university. "Sorry to call so late, but I have a big surprise that will make you very happy.”

Needless to say, I was intrigued.

“Have you ever been to Jerusalem?" Belal asked.

“Only in my dreams,” I responded. “You know I’ve never been, Belal. What’s this all about?” My heart jumped a little.

Belal told me the two of us had been chosen by our university, along with a few others, to visit America House, the U.S. government’s educational and cultural center, in Jerusalem. At first, I simply didn’t believe him. Young men from Gaza aren’t typically allowed to go on trips to Jerusalem. It just doesn’t happen. I didn’t know a single person my age from Gaza who had ever laid eyes on the city, except in photographs.

When I got off the phone, my mind was spinning. The prospect of visiting Jerusalem occupied the entire space of my mind. In the morning, I called the school to find out the story. It was true. Belal was not kidding. I was ecstatic.

There was nothing more important to me, as a Palestinian, than to see our capital, Jerusalem, with my own eyes. It is the city that owns my heart. I savored the weeks leading up to the trip. I thought about it all the time; I even dreamed about it. It would be more than a journey. It would be a turning point in my life.

We waited 20 days for the permit to leave, but I decided to keep the plan secret from my friends Mohammed and Mos'ab, so it would be a total surprise when I returned and told the tale.

On the eve of my journey, I felt as if my heart would burst. I could not sleep. I stared through the window into the dark night and thought, “What if something prevents the trip at the last moment? What if the authorities won’t let me in? What if it’s all a big mistake?” I watched the dawn break through the window. It was time to go.

When I left my home, I knew that if everything went as planned, I’d be in Jerusalem in about two hours. Dark, heavy, foreboding clouds were scattered in the morning sky. I kept my head down as I ran through the wind and pouring rain.

I joined the rest of the group at the Erez Crossing into Israel. We got our permits, nothing but a piece of paper, and passed through the checkpoint. Then we had to weave our way through a string of iron gates. We were inspected and body-scanned and finally allowed to move on.

But, then, a problem. Two members of our group were turned away. No explanation was given. They were just turned away. We felt it was unfair and completely arbitrary, but there was nothing we could do. That’s what it means to be under occupation. We were powerless.

As soon as I set foot on the soil of my homeland, I called my father. "I'm talking with you from occupied Palestine! Tell my mother and sisters that I did it,” I shouted.

On the road to America House in Jerusalem, I gazed out of the bus window at our country for the first time in my life. Flowers of purple, red, white and yellow covered the fields beneath giant trees. The mountains stood proudly, their high summits thickly adorned with a splendid city of buildings in the clouds. There was so much to see, I didn’t know where to look first.

We were welcomed at America House in Jerusalem by a U.S. representative, who tried to make polite conversation.

"Have you ever been to another country before?" she asked.

“No,” I said. But I couldn’t help thinking, “And I’m not in another country. Jerusalem is in my country.”

Then we were allowed to see the city, and we walked toward Al-Aqsa square in the soft light and breezy air of the early morning. It was beautiful.

When we arrived at Damascus Gate, which opens onto the Old City, I was struck by how high it was. When we entered, I was taken aback. We were face to face with the Dome of the Rock, an Islamic shrine known for its golden dome; I had no idea how close we were until the gate opened.

It was as if the holy place had spied me from a distance long before I ever laid eyes on it. As if it had been waiting for me, and now that I was finally there, it was calling me closer. I wept, something I can’t remember doing since I was a child. But I could not help it. It felt like a huge sigh of the soul that, before now, I had suppressed deep inside.

I went into the holy place and prayed to God for one thing: to bestow his peace upon my heart. Then, I walked barefoot, holding my boots in my hand. I sat alone on the ground in the middle of the square, meditating.

I wish I had climbed the battlements of Al-Aqsa and gazed on the city. Everything there was blessed. The soft light of the sunset hovered. The air smelled sweet and pure. The Dome of the Rock stood like a bride, stunning with its golden dome. I wanted to kiss the ground where I walked. I was sitting on the holiest spot on earth.

Suddenly, a voice—loud land commanding—shattered my reverie. It was commanding me to leave and came from a group of Israeli soldiers. I hated that voice. It felt as if it had plucked my heart out of my body. Why should I go? This is my home!

So, we went back to the dark city, the city that lacks peace, stability, happiness—back to Gaza. Everyone was outside because the electricity was out—again—and and the overcrowded streets felt oppressive. I decided to meet some friends.

I’ll never forget their reaction when I tried to tell them about my day. They laughed. They mocked me. Nothing would convince them. It was only when I pulled out a video of my day that they froze. They were quiet, in awe.

By the time I got home, the day had faded into a kind of dream. It was crazy; a little piece of paper had made it possible for me to see my homeland. And now that it had expired, Jerusalem was once again out of reach.

I sat at home alone in the darkness, reliving each moment of the day. The Palestine of my ancestors is place of tension, strife and pain—but still, for me, a paradise. And Jerusalem is the jewel at its center. I want to be able to go there freely and easily. Without being forced to first obtain a meaningless piece of paper that says I have “permission.”

Today, the journey sometimes seems like a distant, once-in-a lifetime experience that will never happen again. But something inside tells me that one day I will return. In my heart, I travel there all the time—to my spiritual home, my birthright, the heart of the Palestinian people: Jerusalem.

Since that time, it has become more difficult for Palestinians to leave Gaza, particularly for the West Bank, and this trip has not been offered to other students. 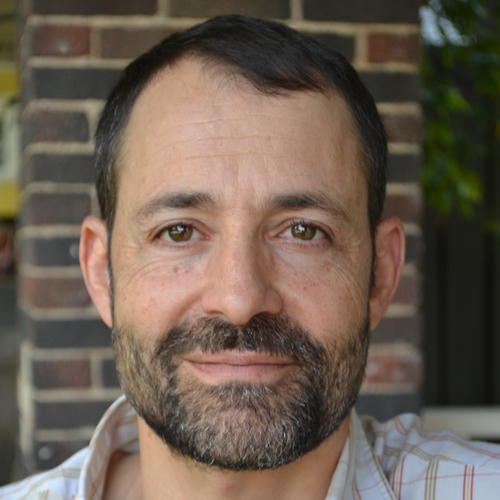