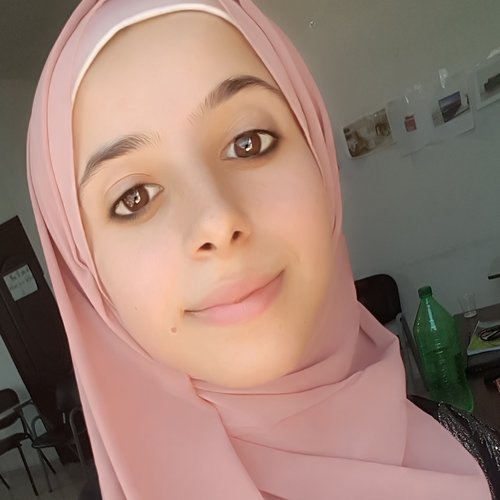 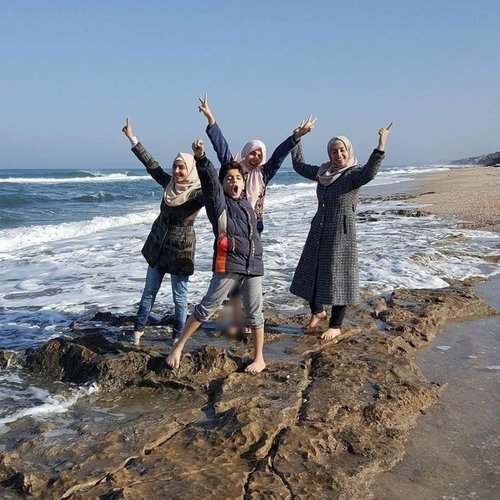 I woke up with a sense of anticipation. Today is Friday and my family will go to the beach—our “jewel” and the one place we can all go to escape.

I head to the kitchen to prepare some food to take with my two sisters and mum. We brew some mint tea and assemble sandwiches with our favorite fillings, za'atar and cheese. Then we add them to a basket with some oranges and water bottles. The sea is 3 kilometers away from our home to, the sea—or about a 15-minute drive. We wedge ourselves into our family car—10 years old, but my dad has managed to keep it in mint shape. Today, it’s all seven of us crammed in—my dad driving, my 15-year-old brother on my mum’s legs upfront, and the rest of us wedged in back.

I stick my head out the window, letting the wind whip into my face and breathing the scent of the orange and guava orchards. The citrus-y smell is subtle at first but deepens as we drive. The oranges are so large they seem almost ready to drop. As my youngest brother turns the music up, the party in the backseat begins. It’s the popular Lebanese singer, Nassif Zeytoun, and the song is Takke. It’s frequently played at weddings, so dancing is our immediate response. We may be crowded, but we can wave our arms and shimmy! My father watches us through the rearview mirror, joining in by moving his eyebrows and sometimes waving one of his hands.

As we draw closer to the coast, we must make what has become a controversial decision in our family. What direction should we go to get to the beach: left or right? We all want a spot far away from the tents under which people gather, so we can have a clear view of the sea. But we all disagree on the best place for that. Since I am the oldest of the bunch, I speak up:  "Baba, go right! Allah will grant us the privilege of being with the right people." Everyone goes along, saying, “Amen!” But my dad surprises us all and turns left. We all burst into laughter because he never takes my suggestion seriously.

We finally get to the seaside. As the car engine stops, we leap out of the car, weighed down with our bags, and race toward the beach in bare feet. I couldn’t see anything but the colorful fishermen’s boats, resting like weary travelers, and the endless, turquoise sea. My parents stretch out on the golden beach to soak up the sun. My siblings and I race around, collecting seashells. We end up standing facing the water and scream as loud as we can until our throats are sore.

We go back to our spot to recharge and prepare for the most amusing part of the day, a football (soccer) match. My parents are the goalkeepers, and the rest of us we divide into offense and defense. We play for fun; my father and brothers aren’t big football fans. Time flies quickly, so my mother alarms all of us when she announces there are only two hours left to get ready for al-Juma (Friday) prayer. We trudge back to the car after the match is over. On the way home, as we pass through the main checkpoint and show our IDs, we play the song “Ya Rabi Ehmi el Quds” (Oh my Lord, save al-Aqsa Mosque), which was written by Hamas. It’s like our own private joke.
—

The scene I just described took placed earlier this year, during our winter. It would be impossible during the summer holiday, when the beach is packed with Gazan families. Gazan women usually chitchat while watching their kids. Only occasionally will you see a woman swimming, or a group of young women splashing in the waves where it’s shallow. Here in Gaza, women try to engage in their favorite activities in a way that doesn't disrespect our religion's norms and traditions. Some women swim by having their men form a circle around them with their bodies, so they have some privacy. Of course, they still wear their long abayas (cloaks), which stick to their bodies when wet. Women who can afford $100-$275 rent a private chalet with a pool, so they can swim freely, wearing whatever they want, without worrying about looks from men outside of the family.

The other complication of swimming in Gaza is the increasing pollution in our sea, due to the lack of equipment and fuel needed for proper waste treatment. The Al Mezan Centre for Human Rights reports that levels of raw sewage in the sea have soared 73%, which means those who can’t afford private pools are at risk of disease.

But we Gazans are sons and daughters of the sea. Enjoying it to the full extent is our birthright.