Learn Arabic from home from teachers in the isolated Gaza Strip

Learn Arabic from home from teachers in the isolated Gaza Strip 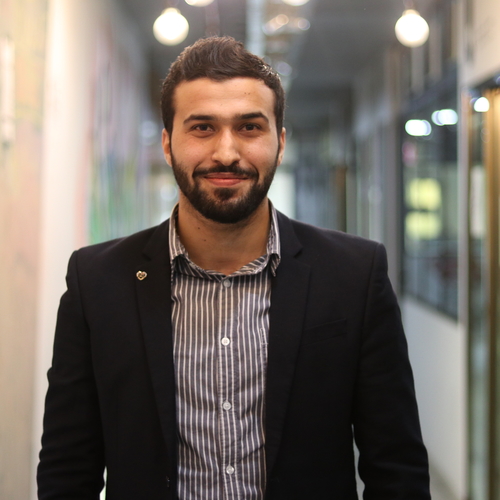 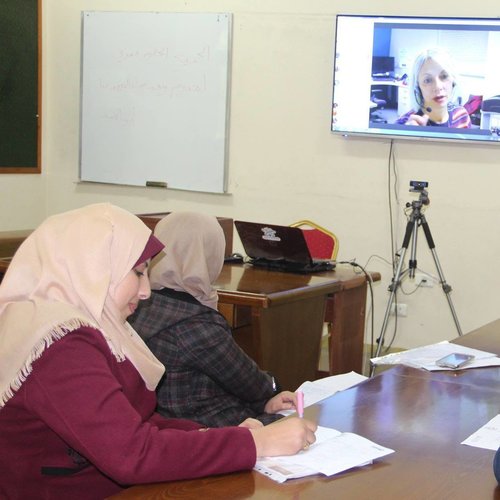 Arabic is the fifth-most-commonly spoken language in the world, with an estimated 250 million native speakers. It's a useful language to know, and a university in the Gaza Strip is offering to teach it via Skype — while reducing the isolation imposed on it by a decade-long Israeli blockade.

The Islamic University of Gaza (IUG) first began experimenting with Arabic lessons by Skype in 2016, facilitated by funding from Saudi Arabia’s Arabic for All Foundation and a partnership with the University of Glasgow in Scotland. Although IUG long had offered face-to-face classes for non-native speakers, the Israeli and Egyptian blockade has dramatically reduced international visitors. This has spurred the move to online lessons, but even these still face challenges.

"We have many problems that make our work difficult, but the two biggest ones are the limits on visitors and the severe electricity shortage, which makes maintaining a strong WiFi connection difficult after hours when we don't have access to the university's backup generators," says one of the IUG instructors, Jehad Abu Jazar. For North Americans, the time difference (upwards of seven hours) also can pose some logistical complexity.

But the experience remains unique: In addition to expert and affordable Arabic instruction, another benefit is the cultural exchange.

"We try to connect every lesson to the Palestinian culture as much as we can through audiovisuals such as photos, videos and songs, as well as by sharing common expressions, idioms and proverbs," said Abu Jazar. "And instructors benefit as well. One of my learners from Scotland recently sent me photos of snow via WhatsApp because she knows we don't have that in Gaza. I had shared with her that I'm very eager to see, touch and play with snow. So she made a snowman and sent the photo to me at Christmas!"

The first round of classes offered by the IUG Arabic center, enrolled learners from the United States, United Kingdom, Philippines, Italy, Spain, Bosnia and Bangladesh.

In addition to teaching modern standard Arabic (used for the written form as well as broadcast), the center at IUG is currently working to develop a beginner's curriculum for teaching conversational Palestinian dialect. It will be ready to pilot June 20.

Each lesson, which may be one-on-one or combined with up to three other students, is an hour with the instructor and a 30-minute online exercise that is evaluated later. Each level ("beginner" through "proficient") is 20 hours, and students can enroll whenever is convenient.

"We offer the first three hours for free, so learners can try out the online environment first and decide if it's the best way to study Arabic," says IUG project administrator Hala Shreim. "There is a lot of flexibility; for example, course schedules are negotiated between the learner and the teacher."

Joanna Wight of Scotland says she became intrigued by the beauty and uniqueness of Arabic script and wanted to learn to read it. However, there aren't any Arabic speakers where she lives. "So, when I heard about the chance to learn online with IUG, I decided to try it," Wight said. "The teaching has been really excellent. It's given me confidence and has helped me understand the structure and style of the language."

What's more, says Wight, "As hostility around the world increases, I think it's important to be able to communicate across political and cultural divides."

Most of the current students are supporters of the Palestinian cause who want to know more about Palestine, and Gaza specifically. But project administrator Shreim hopes that with time, the program will be able to broaden its appeal.

Shreim and her team believe there are many advantages to learning Arabic, beyond supporting the Palestinian cause. For example, those who are proficient are more professionally marketable. In the last 15 years, government agencies have expressed a growing desire for Arabic speakers due to the complex political, military and economic issues involved when engaging in the Middle East and North Africa. The same trend occurring in the private and nonprofit sectors as businesses seek to better understand developing markets and organizations work across borders. In addition, knowing Arabic is useful for travel. Arabic is spoken in more than 20 countries, allowing speakers to equip themselves to live, work and interact in diverse environments. Finally, she adds, knowing Arabic could be considered a form of “engaged citizenship.” Arabs increasingly live around the world, with as many as 4 million in the United States alone.

“We have seen, from our experience, that teaching and learning Arabic is mutually beneficial. In Gaza, the experience reduces our instructors’ isolation and supports the university at a time when we are all struggling for funds,” says Shreim. “And for learners, what better way to both learn the language and another culture that is often misrepresented in the news?”