Laid off in Gaza: UN employees feeling ‘lost and insecure’ 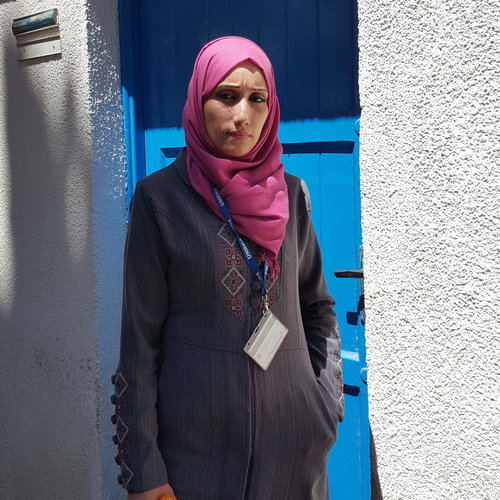 A job that pays enough to live on and help support a family is prized more than anything else in Gaza, and no wonder. The unemployment rate currently hovers at 49 percent overall and reaches 65 percent among youth and young adults (15-29)—and 85 percent among women. The result is that more than half of the population of 2 million (53 percent) live in poverty.

The best of the jobs in Gaza—with fair, relatively stable salaries—are with international NGOs, including the UN refugee agency (UNRWA), which alone employs nearly 13,000 residents. However, the decision by the U.S. administration of Donald Trump to cut funding for UNRWA from $365 million to $65 million has jeopardized even these “safe” jobs. This month, UNRWA announced it is immediately laying off 113 of its Gaza employees and transitioning close to 600 full-time workers to part-time employment. The employees' union estimates about 1,000 jobs will eventually be slashed.

Anwar Hamad, a 31-year-old social worker who has been employed by UNRWA for about six and a half years, is among them.

"I worked very hard to get this job. I went through a long, tiring process of exams and interviews until I got accepted, says Anwar. “The thought of losing it now paralyzes me. I worked too hard to get it to now so easily lose it!”

Anwar’s job is to identify and categorize families in need of UN aid such as food. "Who will do this once we lose our jobs? Who will make sure these families are served?"

Anwar, the mother of four children, has been informed her contract will be terminated by the end of the year, and that for now, her pay is cut by half—from $900 a month to $450. And $400 must go to the bank to repay a loan she took out two months ago to build her own house.

"I feel insecure and lost,” she says. “I gave up another job offer so I could get this job. I thought I would feel safe in this one."

Anwar’s husband is an employee of the Palestinian Authority, which means he only receives half of his salary due to cutbacks imposed as part of the PA’s campaign to force the Hamas government in Gaza to cede authority.

"We can no longer afford the rent on our house; how can we pay our expenses without my job?” Anwar asks. “We have to move out by the end of this month. I will go to my mother’s, along with our kids. But my husband will have to live with his family. My family will be separated."

Likewise, the family won't be able to afford the children’s school expenses, and she will struggle to continue help her mother, nine sisters along two younger brothers, who are unemployed. Anwar’s job with UNRWA has helped her be the backbone for two families.

"When I got the email saying I would no longer have a permanent contract, it was the worst moment in my whole life,” she says. “I went home and couldn’t eat or drink. The email felt like my execution."

Although other UNRWA employees still have their jobs, they fear more layoffs are coming. In addition, fewer employees will strain the ability of those left to do their jobs. That’s why they are protesting. The layoffs were triggered by U.S. funding cuts that leaked emails from the administration of President Trump indicate are part of a broader push to strip Palestinians of their refugee status. However, Anwar and her coworkers also blame UNRWA management, insisting that the agency’s efforts to raise money from other sources had been going well and there are ways to save resources other than firing staff. In particular, they question why the first employees to be laid off were those assigned to emergency programs, such as social workers, security guards and school counselors.

"UNRWA was created to help Palestinians and create work opportunities for them, not the opposite,” says Anwar. “What is going on doesn't make any sense.”

This feature was researched and written with support from Rebuilding Alliance.