If the Gaza blockade was a virus, would the world react differently?

Home » If the Gaza blockade was a virus, would the world react differently? 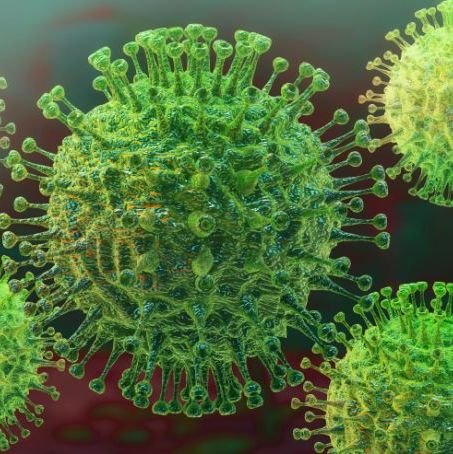 "Are you okay?" "Don't leave home." “I hope you’re surviving.” These are expressions I never thought I’d hear outside of Gaza. But now I am learning that the whole world can be very unsafe.

By March 9, 18 cases of COVID-19 were reported in Qatar, so the Qatari government’s Communications Office announced the closure of all schools, universities and other educational institutions until further notice. A few days later, the state announced a temporary closure of cinemas, theaters, gyms, children's play areas and wedding venues. All local and international events were cancelled. Dining in restaurants and cafes now is prohibited until further notice. All modes of public transportation are suspended as well, and all incoming flights have been cancelled.

Many students in Education City (12 square kilometers, or 4.6 square miles, that house educational facilities from school age to research-level and branch campuses for some of the world's major universities) are going home, since all classes now are only online through platforms such as WebEx. Most companies also have asked their employees, especially those older than 55 years, to work remotely from home. Guests are not allowed in the university dorms. The whole country is shutting down gradually and in a state of chaos. The number of reported cases reached 442 today (on March 17).

People have started to rush to malls and stores to stock as much food as they can. But for the majority, hand sanitizers and antibacterial wipes are more important than water and food. And they are now impossible to buy, since all of the stores—literally, in the nation—have run out. This honestly pisses me off. Don't those people who buy a bunch of hand sanitizers at a time, know that to stay healthy, they have to let others stay safe as well? Everyone is panicking and becoming obsessive.

Yet, I am feeling sort of numb. This doesn't mean I'm being careless. I went shopping to stock food in case the stores close suddenly. I follow the preventive guidelines. Actually, I followed most of them before the spread of the virus, since I am a hygiene freak. I also feel blessed to live in a country that is always very clean. For example, hand sanitizer is provided in dispensers at the doors/entrances of most public places, especially shopping malls. And now, they’ve even distributed Dettol soap to all residents on campus.

But as someone who comes from a war zone, my numbness is, I think, to be expected. We Palestinians are experts at dealing with emergencies and hard times of all sorts. We don't panic. It shocks me how people are acting like it is the end of the world. And, to be honest, it pisses me off that this is happening just as I have started to adjust to Doha. I recently went to Souq Waqif, one of the most crowded public places in Doha, for dinner with a friend and it was almost empty of people. The weather will be unbearably hot soon, so now is the best time to explore. I have started to feel blockaded once again, but this time with no family and loved ones, so it's worse.

I sympathize with the world. I understand people's fear. Why wouldn't I? I already know what it is like to be stuck at home for weeks when it is not safe to go out. (And in the case of Gaza, staying at home isn't enough to protect you; Israeli missiles can just as easily find you there.) I already know how it feels to unexpectedly have to cancel weddings and other special occasions. I grew up being unable to travel. And the prospect of being injured (worse than infected) or losing a loved one is a fear that has been part of my psyche since I was very young. In fact, what Doha and the whole world is experiencing now makes me feel nostalgic and homesick for Gaza. I find myself remembering those days when streets and public places were empty. When we had to stock up on food and never leave home to save our lives. Except the source of our fear wasn’t disease, but Israeli missile attacks.

In some ways, the coronavirus is like the Israeli army. They both attack innocent people. They both randomly and unexpectedly hit areas heavily populated by civilians. They both scare people and steal their lives. Which is worse? For me, living through an Israeli escalation is much worse. It's more lethal. The Israeli army targets people of all ages and health, buildings, animals, plants. It levels entire neighborhoods, while the coronavirus primarily affects elderly people and those with already-poor health. Yet, the response of the world to the two crises differs dramatically—almost no response, compared to a full-out global mobilization.

As if to rub salt into the wound, my university sent an email encouraging international students to travel back to their home countries, offering to pay for our airfare and continue paying our living stipends. That email broke my heart. It's hard to go through this crisis alone, without familial support. I really want to return home, but I can't: The only way for me to return is to fly to Egypt (since I left Gaza that way). And all flights to and from Egypt are now banned because of the coronavirus. The crossing in and out of Gaza also is closed. Even if that was not the case, though, I don't think I could make the trip. It would take me three days to travel through Egypt to the crossing, and since the country has many cases of COVID-19, I could get sick along the way.

An advantage to the blockade?

What I find incredibly ironic, however, is that although Gaza is the worst place to live in many ways, it's the safest in terms of the coronavirus, due to its prison-like status. We’ve literally been sealed off by the blockade for more than a decade. No cases have been reported there so far. (Let's hope it will stay that way, since a group of pilgrims returned to Gaza after performing Umrah in Saudi Arabia less than two weeks ago. They are now isolated/quarantined from the public). I can finally see a "benefit" of having no airports and the unlawful blockade. It makes me laugh whenever my family and friends text me to check on me. I think, “I'm the one who is supposed to check on you, not vice versa.” Even the coronavirus is not allowed by the Israelis and Egyptians into the Strip!

Gaza is blockaded by force, while almost every country around the world is now voluntarily blockading itself. How ironic. I am not underestimating the current crisis. I know it's serious. But isn’t the deteriorating economic and humanitarian situation in Gaza serious as well? Do the people dying and suffering because of the blockade and Israeli assaults on Gaza matter less than those infected by COVID-19? Do our lives matter as much as the rest of the population? It seems not.

I believe that if the suffering of Gazans had been caused by a virus, instead of the Israeli government, we would have been helped long ago. The whole world is grieving right now, but Palestinians, especially those in Gaza, have been grieving alone for too long. Gazans can relate and are sympathizing with the whole sick world right now. We are also asking, "Hey, ignorant world, are you all right? How does lockdown feel?"