Gaza’s Day of Rage in photos

Gaza’s Day of Rage in photos 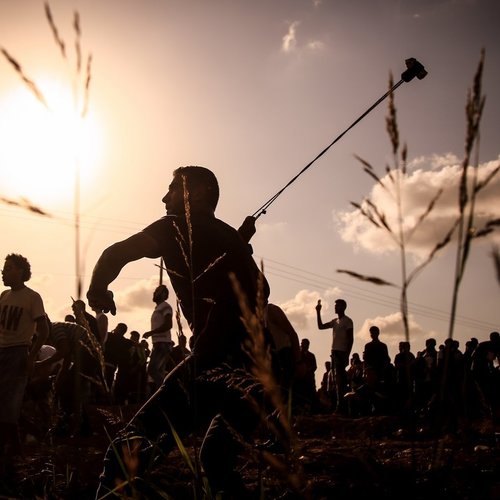 Shady Alassar, 31, was never really taught photography. He bought his first camera in 2007 at the age of 24, and mostly learned from the Internet. But he learns fast, courageously thrusts himself in the action (and in Gaza, it seems that there is too much of that), and captures angles and lighting with his camera that set his pictures apart. No wonder the resident of the Nuseirat refugee camp in central Gaza won internatonal awards for his images during the 2014 Israeli assault. (A more entertaning project was to accompany Arab Idol winner Mohammed Assaf during his last visit to Gaza.)

Shady was at it again when protests broke out in Gaza along the Isareli border October 9 and 13, in solidarity with the growing resistance in Jerusalem. Below is a selection of his photos.