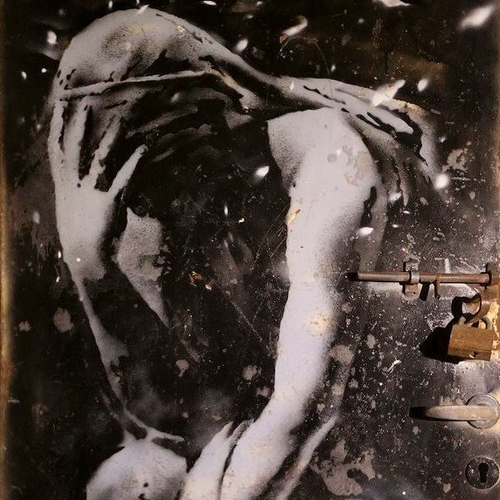 As usual, Omar was sitting alone under a dark night sky, trying to push his depression away.

"Are you still unable to forget her?'' I asked.

"How can I forget her when she isn't just in my blood, she is ingrained in my DNA?'' Omar replied.

"And even more! You have no idea how much she means to me; I love her madly. She left me with a huge empty space in my heart and wounds in my soul. Her shadow will follow me wherever I go, forever," he said with two lines of tears flowing down his face.

Omar, 26, and I live in the same neighborhood, and his house is only 100 meters or so from mine. Although he is five years older than me, our age gap doesn’t prevent us from being friends. Our relationship transcends friendship; we feel like brothers. When I sit beside him, I know precisely what he feels and what is going on in his mind.

When Omar was about 10 years old, he fell in love with a pretty girl his age, named Suzan. She lives in the area of Gaza City. They have been in love with each other ever since. Omar promised to marry her once he graduated from college. She accepted his offer and, for his sake, ignored all other proposals of engagement she received.

Omar's father is very strict. After graduation, Omar had a discussion with his father about marrying Suzan. However, his father rejected the idea because of his youth and his inexperience in the workplace. Like all fathers, he wanted his son to be successful in life, including earning a master’s degree and finding a good job. And, his father believed, that would not be possible if he had his own family to support.

"Before thinking of marriage, you have to be aware of what is going on around you,” his father advised. “Today, we are experiencing one of the most miserable eras we have ever witnessed. We suffer from poverty and misery in a society that lacks peace and stability. Did you forget that we still live under the Israeli siege? Wake up, boy!"

Omar understood his father’s point of view. But his inner struggle with his love for Suzan continued. He imagined apologizing to her for the promises he made, resulting in her rejecting many suitors*. He despised himself.

But Omar didn't give up; he talked to his mother, who was often more lenient, and begged her to persuade his father to accept the idea of his marriage to Suzan. She said she would try.

"Why should we let our only son be punished for something that’s not his fault? Unemployment is a problem among all citizens of Gaza, and the occupation makes the situation worse. You should encourage your son before he loses all hope,” she entreated. “A man gets married only once in a lifetime. If we don’t let him get married now, he might not be able to do so in the future."

After much wrangling, Omar’s father finally accepted the idea. However, he was heavily in debt, so his only stipulation was to delay the wedding one year, until he could save enough money. Omar had to accept these terms.

Omar's father decided to rent out the first floor of the family house, relying on this money to cover the costs of the wedding. Omar was so happy; his dream was getting closer.

One year later, during the holy month of Ramadan, Suzan told Omar urgently, "You have no moment to spare. Hurry up, Omar! If you don't, I am sorry to tell you won’t be able to see me anymore." Suzan explained that someone had proposed to her, and her parents had forced her to accept him. The engagement would be announced directly after the conclusion of Ramadan. That was July 2014.

After years of suffering, Omar made his most important decision yet. He would ask for Suzan’s hand in marriage at the end of the holy month.

Unfortunately, on July 8, 2014, everything changed. On that day, Israeli forces launched a ferocious war on the Gaza Strip, the third invasion— and the worst one–since 2008. The 51-day war unfolded round-the-clock by air, sea and land.

One day during the war, while Omar was lying in his bed at dawn, his phone rang. It was a call from an Israeli, giving him and his family five minutes to leave their house.

"Why must I leave when I've committed no wrong?" Omar asked, shocked and angry. The Israeli soldier replied, "We are not going to bomb your house, but the house next to yours. Inform your family and get out right now. You have only five minutes."

Omar and his family quickly left the house and came to stay with us. Omar brought his laptop, his father retrieved the money in their house and his mother gathered photo albums and necessary papers like certificates, passports, identity cards, etc.

We thought Omar's house wouldn't be destroyed because the distance between the two houses was five meters wide. What we have witnessed during decades of Israeli attacks gives us enough experience to guess whether buildings near a targeted place will be destroyed. Israel possesses the most powerful and precise weapons in the Middle East; its forces can shell a giant tower to the ground without touching or scratching the buildings next door. We expected that Omar’s house would be affected, but not totally destroyed.

Omar stood with me on the front steps of my house, watching. He waited for an unknown disaster. But Omar wasn’t seeing his house; rather, he was looking at his future–the biggest dream of his entire life. At this very moment, I realized his dream was about to be crushed. The famous symphony of the gifted musician, Clint Mansell, from the horror movie "Requiem for a Dream" started playing in my mind.

The scariest moment that one never forgets is not the exact moment of a raid, but the silence just before. Fear dominated everyone. We could hear nothing except the roar of F-16 fighter jets in the sky. Even though all the neighbors had been informed about the targeted house, they uttered nothing; it was as if I was alone in a middle of a dark and silent city.

The long-awaited moment finally came after 15 minutes of terrible suspense. The Israeli F-16 warplane mercilessly bombed the house, blowing it sky high. I saw tears in the women's eyes. I noticed panic on the kids' pale, innocent faces. I heard screams exploding from girls' mouths. I felt such a loss of hope in the depth of my heart.

Suddenly, I heard Omar laughing and jumping up and down. He was shouting, "Thank God for protecting my house!” Yes, his house was still standing!

But while Omar was celebrating his victory, the Israeli forces dropped another bomb. After the dark cloud dissipated, Omar opened his eyes to look for his house. He saw nothing but the horizon. He realized that his house had been completely destroyed, along with his dream.

Several days later, Omar received a message from Suzan. She said, ''The first time we met, I knew we were not meant for each other.  But my heart drove me to take this childish risk. For the first time ever, I'd like to tell you that I've loved you since I first met you, and I will always love you. I will never forget the most beautiful memories of times we spent with each other. When I sent you that message the last time, I was already formally engaged, but I couldn't tell you because I was afraid for you. I didn't want to break your heart."

In this brutal war, more than a hundred thousand Gazans were injured, both physically and psychologically. Thousands were martyred. Most of them had never touched a gun in their lives. This war left behind hundreds of widows and orphans. Dozens of fighters were buried alive in tunnels, defending their land. Tens of thousands of buildings were destroyed, including hospitals, mosques, homes and schools. But the non-material losses that wars create leave a pain that is just as deep. Such losses are inscribed in memories forever.

Two years later, Suzan is indeed married and Omar has had to move on. His house has been rebuilt, but he remains unable to find a job.

*Editor’s note: For Western readers, it can be hard to understand why Suzan was even considering other men if she was in love with Omar, and why or how her parents could “force” her to marry someone. In Gaza, jobs are very scarce for everyone, but particularly for women. Thus, children live at home until they marry, and even when they do, females often move into their in-laws’ home so the couples can save money. Thus, as a matter of economic survival, parents often are anxious for daughters to get married and move out. The situation is compounded by the fact that in this culture, girls can be perceived as less desirable as they grow older.