Gaza through the eyes of a ‘fixer’

Home » Gaza through the eyes of a ‘fixer’ 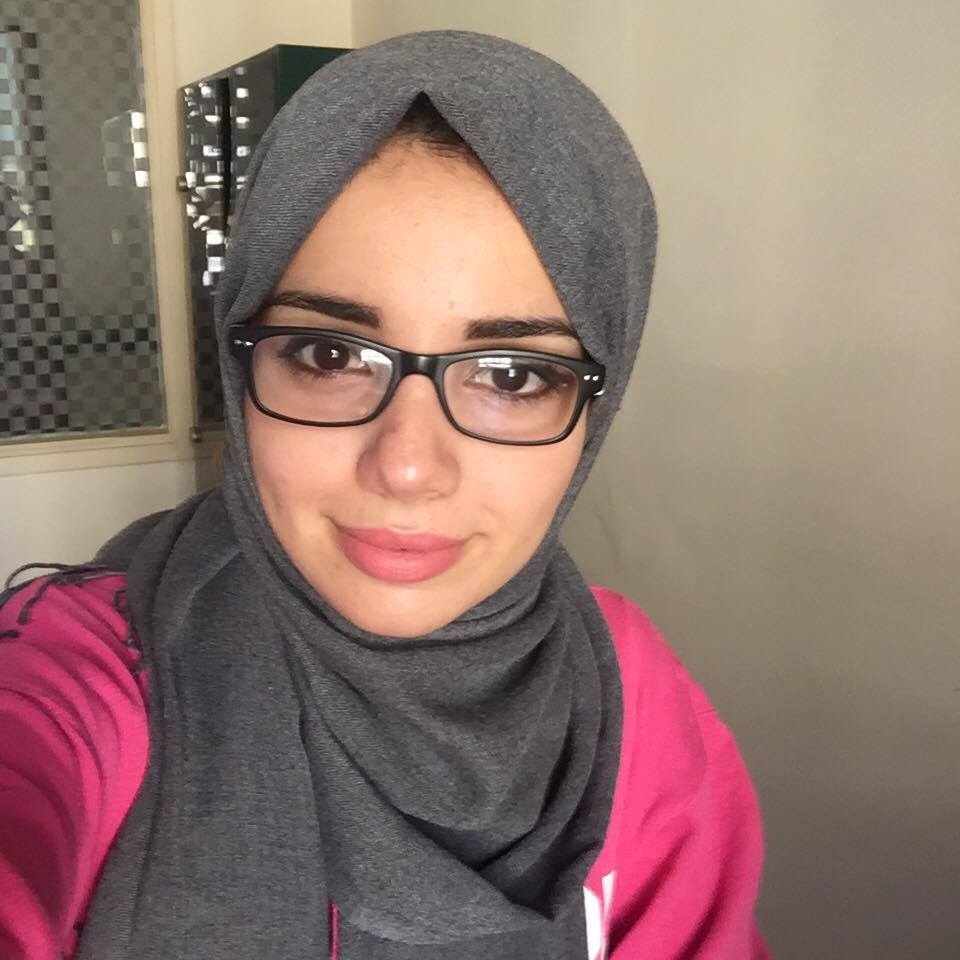 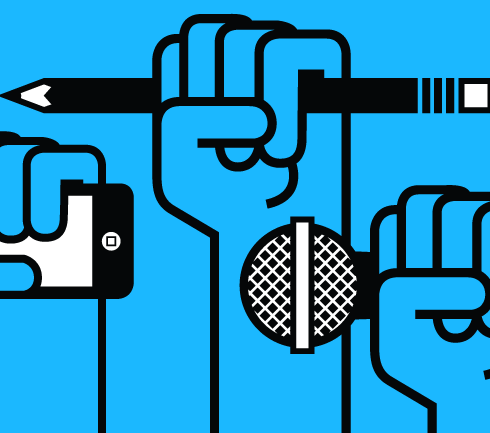 I've always dreamed of leaving Gaza so I can discover the outside world. However, I’ve come to realize that I first should learn more about the place in which I live—the small piece of land between the Egyptian border town of Rafah and the Israeli "Erez” checkpoint called the Gaza Strip. It is the only place where I am allowed to move freely without having to endure the arduous process of applying for a permit.

I discovered I had a lot more to learn about Gaza, even though I was born here, when I started working as a fixer for foreign journalists. Gaza attracts a regular stream of journalists because of its status as a “conflict zone.” As with other fixers, my job is to help journalists get their work done in the shortest amount of time possible, because they do not want to stay in this "unsafe" place any longer than they have to. I help them identify good stories to tell, find out who to interview and arrange meetings with people like political figures and families of victims. I also translate for them and organize their accommodation and transportation.

Visiting places and meeting people I had never seen or met before sometimes makes me feel like a stranger in my own land. There is much more to this place than I ever knew! The Gaza Strip is the most densely populated place on earth—2 million people packed into a space so small you can get from one end to the other in about an hour and a half.  I thought we were all similar, but there are different worlds living together within Gaza, and even many of us who live here don't know how diverse it is.

For example, in Gaza you can find very rich families as well as very poor ones, and very liberal people as well as the expected conservative, religious ones. You find people who would do almost anything to escape it and individuals who would never leave no matter what and work to make life better right here in Gaza.

Being a fixer is one of the best ways to discover this diversity. But it can come at an emotional price.  One day I accompanied a journalist to visit families who had lost loved ones during Israel's massive attack on Gaza in 2014. We call them families of “martyrs." Martyr is the English equivalent for the Arabic word "shahid.” The first time I saw a shahid I was very young. I remember I saw people in the street carrying his body draped in a Palestinian flag. I thought he must be from heaven, like an angel or someone else who is holy. At the time, I thought the word shahid is used only to describe a person who takes up arms against the occupation and is killed in the process. (Most Westerners think “martyrs” are suicide bombers.) But then I learned the term is used to describe anyone who is killed as part of an overall struggle for a cause, and will therefore be honored in the afterlife. Thus, even a person who was merely eating dinner when his or her house was bombed is considered a martyr. They never chose to be martyrs. The role was forced upon them.

The journalist and I met with a family who had lost two of its members as well as their home in the war on Gaza. We met the father in the street, with neighbors and relatives sitting next to him for support. He couldn't invite them or us to his house, as Palestinians normally do for tea. There was no house anymore; it was destroyed. Even though he didn’t talk much, his eyes spoke volumes. In their watery depths I saw the mark of the displacement that binds all Palestinians together. Slowly, his story came out. Two of his children, 12-year-old Yusuf and his 10-year-old sister, Maha, were killed in a bombing next to their house in retaliation for four rockets shot from Gaza into the Israeli border settlement, Sderot. His family had had nothing to do with the rockets, which had not caused any damage. I wondered how he would be able to go on living with the weight of what he had seen and lost, recorded in his eyes. But there was no time to dwell on that; the journalist had to get back to her hotel. We extended our condolences and left.

It took me about 20 minutes to get home and as I was sitting inside the car I didn't say a word. I was thinking of the father’s and children’s faces on a poster hanging in the street. It was a picture of when they were a normal family, before they had become numbers in the news—the mother proudly holding the hands of her two children during their kindergarten graduation ceremony. To lull myself to sleep, I imagined their beautiful faces in heaven.

The following day, the journalist and the driver came to pick me up again. We got our coffee and start on our way to Rafah, in the south. We traveled there to meet Nabil, a farmer who lost his right arm in the war. Under normal circumstances elsewhere, Nabil, who can no longer farm, would have been able to get an artificial arm. But “normal” doesn’t apply to Gaza. Even if a prosthetic arm was available in Gaza, it would be too expensive to buy and likely of poor quality. Permission to leave Gaza to find one elsewhere is difficult to obtain and also expensive.

However, the saddest part of the story was yet to come. I asked how he was going to continue his life and how he would make a living.  I learned he is not worried about his bread and butter. "I have no one to work for," he said. His wife and four of his five children are dead. They all died on that miserable day during the attack that took his arm. They were all in their home when they suddenly heard that a neighboring house was being bombed. Nabil quickly tried to gather his family members so they could flee. Some waited at the door for the others to come, so when the house was hit, only Nabil and his youngest child Ahmed—who was playing next door—survived. I don't know if in this case surviving was good or bad luck.

We sat for a while and then we said goodbye. Nabil wished us well warmly. We promised to tell his story to the journalist’s readers because that is all we could do. Then we got in the car and left. I thought of Nabil and his family and yeah, I didn’t want it to stay the same. I felt I would go mad if I didn’t do something to help. But I didn't. I had no idea what to do.

I returned to my house in the center of Gaza City, looking at the fancy shops, cafes and restaurants. It is such a completely different place from where I'd just been. I thought of Rafah, where the majority of the people are poor and so many were bombed. I asked myself, “Is this life worth all this suffering?” I imagined having lots of money to give them so they could travel to see what life is like outside this miserable place. Then I woke up to reality and realized that people, including me, have forgetten about the suffering and are continuing to live normally. I concluded that nothing is ever going to change.

The next day, I went to work expecting to witness more misery. Instead, our work took us to a place full of hope and energy: a branch of Al- Aqsa University built on the site of a former Israeli settlement in Khan Younis. It was as if God sent me there to remind me of the resilience of my people.

The university incudes a sports facility where students train to become athletes. One of them, Nader Al-Masri, was among 50 Gazans allowed to travel to Bethlehem to participate in the Palestine Marathon for the first time in 2015—and he placed first among 3,093! This year, Nader and his fellow runners were not allowed out. The runners were devastated, but continue to train. They must, because if they give up they won’t be at their best if Israel suddenly relents like in 2015. I go home feeling not sad, but proud. Ambitious, hard-working students are doing their best to achieve their goals and show the world a positive image of Gaza, despite the lack of equipment, facilities—and freedom.

On the day my journalist friend left, I accompanied her to the Erez crossing into Israel, which cut the Gaza Strip off from the rest of Palestine. We got some food from a restaurant on our way and discussed the stories and ideas for sharing them. We always have to be at the checkpoint before 3 p.m.; otherwise, travelers must come back another day. We finally reached the point where I can't go further. I felt like I was at the gates of the prison, where the outside world begins, and I couldn't take the next step. The air smelled different and I began to dream of freedom. I felt as if I was very close to it, and I thought for a moment that I would break the rules, smash through the fence and escape. But I didn't even try. I knew it is pointless. I said goodbye to my journalist friend and I got back into the car to go back home to my room in this open-air prison.

And now what? I ask myself. What will I do with all of these stories and feelings inside me? Feelings of sadness, anger, hopelessness. It’s too much to keep inside. I feel I need to do something to get them out and ease the pain a little bit. My life becomes harder with every story I hear.  I find myself writing it all down. It’s the least I can do for myself and for my people.