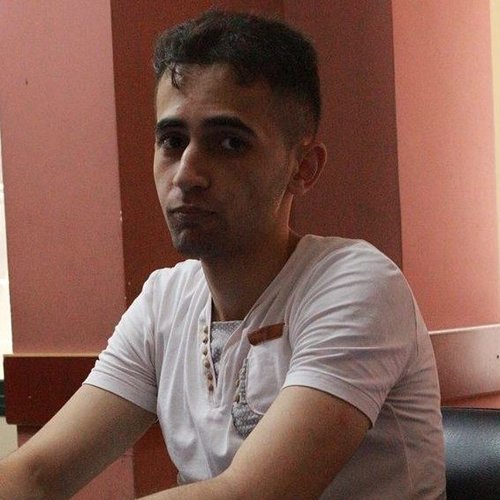 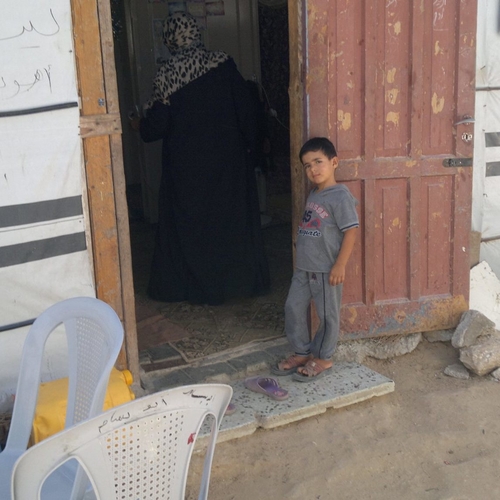 "Caravans are like mortuaries in winter and ovens in summer." — Um Saber

It’s been two years since an international conference was held in Cairo with much fanfare to plan the reconstruction of Gaza. A total of $3.5 billion was pledged at the meeting and there was a lot of positive, determined talk (although notably, the people of Gaza themselves were represented only by a few businessmen). But today, with the powers that set the world’s agenda focused on ISIS and the carnage in Syria, slightly less than half of those dollars have been delivered, and more than a third of the families whose homes were destroyed in the 2014 Israeli war on Gaza are still waiting for help.

For many of these families, that means living in caravans (called “trailers” in the West) that are like scorching-hot ovens in the summer and refrigerators in winter. Um Bassam Al-Najar (“mother of Bassam”) is among them. She and her family became homeless when their house in the village of Khuza’a was bombed by an Israeli F-16.

"I vividly remember that day, the 27th say of (the holy Muslim month of Ramadan), as if it were yesterday,” she says. “We were safe in our homes when the Israelis ordered the people of Khuza'a to evacuate immediately, over megaphones and in leaflets. After that, Israeli warplanes bombed all of the streets leading to the area and declared it ‘a closed military zone.’ We had to take secondary roads to escape the heavy bombardment."

Um Saber, a 60-year old mother of seven sons and a daughter, talked with teary eyes about her son Emad, 20, who died the same day: "He would have been 22 if he was still alive. He was in the house when it was bombed. He was a second-level student at university and was excellent student!"

Um Saber’s house was first hit by a warning rocket, and her family had only a few minutes to try to escape before it was brought to the ground by an F-16. She also lost her husband, two grandsons and granddaughter. “Bombs were dropping so heavily, and Israeli tanks were less than 100 meters away. I thought I was going to die. I saw death in the streets; martyrs were everywhere. What more can our hearts bear?"

Nearly 50 houses were destroyed and hundreds of people killed that day, and their hearts must continue to bear more. Um Saber and her family lived in a tent on the ruins of their destroyed house for four months before they moved into the caravan, which isn’t much better. Her grandsons have developed epilepsy, wet their beds, are doing poorly in school and experience terror whenever they hear the sound of planes in the sky.

“We are suffering the results of the war until this day,” says Um Saber. “Nobody cares about us. They threw us in these caravans, which are not suitable even for animals to live in, and the only humanitarian aid we get is a bag of flour every three months provided by UNRWA."

She says Ramy Hamdallah, the Palestinian prime minister, visited and promised to provide them with the urgent aid they need. However, they have not yet received anything that will help restore their dignity.

“We need a house and food, not officials making statements. Our farms were the only livelihood we had before the Israelis bulldozed them. I am an 80-year-old woman; give me a shovel and I am ready to work in construction to get food for my family."

Mohammed Al-Najar, whose house was destroyed for the second time in 2014. "(Officials) promised to rent houses for us after the war but they never did. I had to sell my wife’s and daughters' jewelry to find someplace decent,” he said.

Al-Najar and his family took refuge in an UNRWA schools after their house was bombed. Pointing to a little girl, he said: "This is my granddaughter; her father, Wasfi, was killed in the aggression before she was even born. She and her brothers suffer regular nightmares."

"Our living conditions are unbearable and officials are turning their backs on us. The only one who is helping is there,” he says, pointing to the sky.

'Are we asking too much?'

To add insult to injury, Al-Najar says, the Khuza'a municipality recently ordered the inhabitants of the caravans to leave before the arrival of winter, allegedly for their own safety. "We want to leave these caravans; we don't like living here. Give us enough money to rent flats and we will leave immediately. This is not so much to ask; both my father and my son were killed by the Israelis; how much more should I sacrifice for my country?"

Basem Al-Najar, another member of the family and a father of four, was injured in the 2014 war and cannot support his family. He echoes Mohammed’s angst. “Officials and those in powerful positions are living in villas, letting us rot in these caravans."

His wife adds, "I sent my 1-year-old daughter to live with my sister because she would not survive a week here. We call on officials and the entire world to come and see our conditions. We just want to live like normal people in normal houses."

Authors note: These impoverished inhabitants of the caravans showed me tremendous generosity as I talked to them, even though I could not help them. Despite their obvious poverty, the courteous and graceful families insisted I have lunch with them. The families’ key message was their dire need for their houses to be rebuilt; they don’t need eloquent speeches and elaborate promises. The ghastly conditions in which they must live challenge our very humanity.