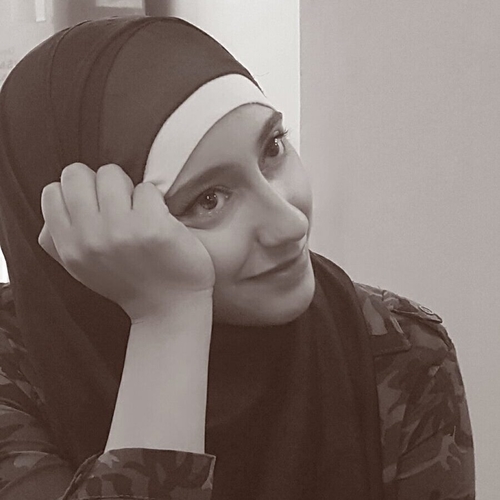 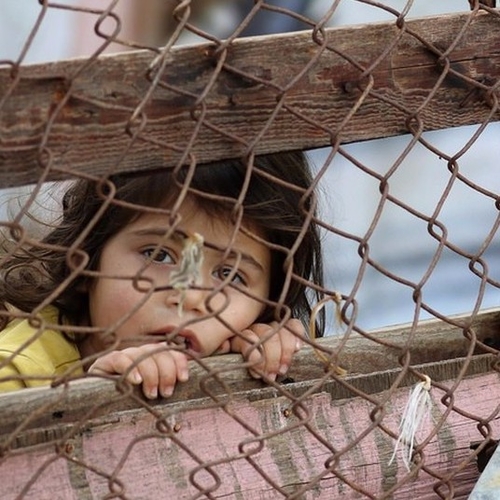 Editor’s note: On Oct. 31, the Lebanese parliament finally selected the country’s new president, ending a 29-month power vacuum. While most Lebanese residents either sighed in relief or shrugged with indifference, Palestinian and Syrian refugees are disgusted and fearful. Michael Aoun, the new president, is no friend to refugees.

“Three thousand Palestinian martyrs were absent in the parliament session when voting for Michel Aoun. Perhaps if they were present they would have drawn a ‘NO’ on the walls of the parliament with their own blood, the blood that was shed in streams flowing through Tel Zaatar Palestinian refugee camp. Or maybe they would have shaken the Lebanese conscience from its sleep and reminded them about the heinous crimes recorded in their history but ignored by their inhumanity,” wrote Mohammad Mahmoud Al Sayed, a political researcher, in his article “Aoun as President: Tel Zaatar Did Not Have the Right to Vote.”

Tel Zaatar, known as The Hill of Thyme, was one of the largest and strongest Palestinian refugee camps established in 1948, after the creation of Israel and the ethnic cleansing of its native residents. Located in the northern part of what later became Christian East Beirut during the 1975-1990 civil war, it housed approximately 15,000-17,000 Palestinian refugees. The area around the camp was a rural, agricultural area that offered camp residents the chance to work on a plantation—that is, until 1968, industrialization swept through. That’s when unemployment became rampant and Palestinians started forming factions, which then armed themselves.

The right-wing Lebanese Christian parties, primarily the Kataeb and its military wing (also known as the Phalange), considered the existence of such Palestinian armed groups a threat to the stability and security of the country. Fatal clashes erupted between the parties.

The broader Lebanese civil war broke out in 1975, and in January 1976, hostilities already brewing in the camp erupted into the Battle of Tel Zaatar. Fighters that included the Phalange launched an offensive on the camp and its residents, imposing a siege that lasted 52 days. Famine spread, forcing some residents to eat cats to stay alive. The Muslim Ulema (a group of Islamic scholars) was asked to issue a fatwah (religious finding) to allow them to eat the flesh of their dead. Meanwhile, around 55,000 bombs were dropped on the camp, killing more than 1,000 Palestinians.

On August 12 of that year, the camp succumbed to the right-wing Lebanese Front militiamen. Mass killings followed; more than 60 nurses were killed, entire families were slaughtered, girls as young as 10 were raped. It’s estimated that around 3,500 Palestinians were killed in Tel Zaatar and many were missing.

Over the next two days, the camp was bulldozed to prevent anyone who fled from returning.

The Hill of Thyme never smelled of thyme and lemon again; it was dominated instead by the acrid stench of blood and flesh. It is this smell that came to the mind of Palestinian refugees when Michel Aoun was elected president of Lebanon on October 31.

The former army commander, Christian and founder of the Free Patriotic Movement is the warlord who has arrogantly boasted that he was “the mind behind the siege of Tel Zaatar”—not to mention other civil war massacres.

When interviewed, Aoun spoke indifferently about the Tel Al-Zaatar massacre, claiming he planned the siege to persuade the Palestinians to disarm. “Things did not go well,” he said, with no sign of regret. When the Palestinian residents refused to leave, “it was getting boring and irritating,” so his forces “removed” the camp.

The problem, of course, is not just with Aoun. The entire Lebanese governmental edifice is structured around warlords who led their sects in the civil war and took over the government when it was over. Meanwhile, Palestinians are still regarded today as alien invaders who disrupted Lebanon’s peace and caused the civil war as they tried to remake Lebanon into a substitute country after their eviction from Palestine.

Would the Lebanese civil war have erupted if it weren’t for the Palestinians? We will never know. But one thing no one can ever deny is that while hideous crimes were committed by all parties who fought the war, Palestinians were the only ones to pay.

Palestinians live in Lebanon as shadows, barely allowed to exist. We, the third generation of Palestinian refugees in Lebanon, are paying for a war in which we never fought, while warlords like Michel Aoun rule the country.

The status of Palestinians in Lebanon has not been legally defined; we are somewhere between refugees and foreigners. We are not allowed to work in more than 20 white-collar professions, including medicine, law and engineering. Even for “blue-collar” jobs, we must get work permits and renew them annually or when we change employers. We are prohibited from owning property and are excluded from most social services offered by the state, even though we must pay social security fees to the Lebanese government to obtain a work permit.

The issue of rights for Palestinians refugees has always been controversial in Lebanon, despite the fact that we have been here for more than 60 years, due to the sectarian balance established in the country’s constitution. Fearful of allowing more Sunni Muslims to exercise influence, Christian politicians have rejected all of the laws proposed in the Lebanese Parliament that would grant Palestinians the right to work and own property. Now, Syrian refugees face the same wall of opposition to their presence.

In his inaugural speech, Aoun stated, "There will be no solution in Syria without the return of the Syrian refugees to their country." He also characterized refugees as a security threat. Aoun’s son-in-law and minister of foreign affairs, Gebran Bassil, is unashamedly open about his racism and antipathy toward Palestinian and Syrian refugees in Lebanon. He has continuously called for closing the borders in the face of Syrian and Palestinian-Syrian refugees fleeing violence in Syria.

“When we say we don’t want Syrian and Palestinian refugees, it is because they take our place,” Bassil has said. A country with “no raw materials” cannot bear the economic burden the new refugees bring with them, he added. “Do we not have enough Palestinians in Lebanon? How can we let the rest of the refugees come to Lebanon too?”

Yazan Al-Saadi, a Lebanon-based Syrian writer and researcher, writes, “My issue with Aoun isn’t only because he’s allying with the Syrian regime. He is misogynistic and xenophobic, which reflects his party. He has done nothing to stop the curfews and discrimination toward Syrian refugees and other marginalized communities in the country. He is a representative of a sectarian, neoliberal, exploitative establishment. I feel this man only cares about the throne and I don’t think he is good for the Syrian refugees, Palestinian refugees or migrant workers—and, for that matter, Lebanese citizens.”

No true home in Lebanon

Lebanon has elected a president who is a former warlord. A man who whitewashes the Syrian regime’s crimes to appease Hezbollah, by far the strongest party in Lebanon. A man who represents his party’s xenophobic and racist values, which give voice to the Lebanese “race” superiority.

With Aoun rising to power, the slight hopes of progress in expanding refugees’ civil and human rights seem to be dying. No matter how much I, a Palestinian refugee, love Lebanon, I realize now that it never was and never will be our home, not even an appropriate temporary residence.

It’s really hard to be a refugee in Lebanon. It drains you every bit of passion for life you have. Nothing can ever be more insulting than living in a country ruled by a man who contributed to starving my people to death. Nothing is more insulting for Syrian refugees who have fled Assad and Hezbollah’s terror in Syria than being ruled by their candidate in Lebanon. If we had the option of leaving, we would have left.

In such times I understand why refugees are risking their lives to cross the sea to flee this country. The only other choice is to keep on living silently in the shadows, laying low, trying to be as non-existent as possible.