A day in the life of a Gaza Palestinian

Home » A day in the life of a Gaza Palestinian 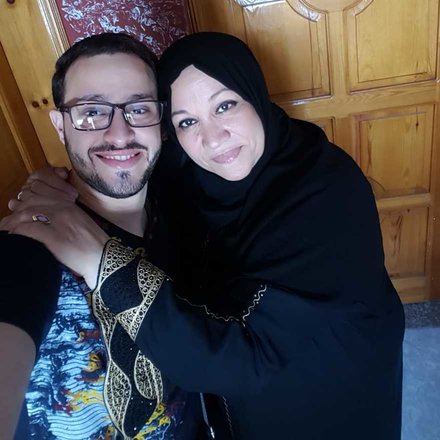 I'm not the kind of person who usually remembers my dreams, but last night was different. I dreamt I had immigrated to Belgium and was sitting with a friend in a large, crowded refugee camp. What I remember most is how anxious I felt. The friend (whom I have never met in real life) kept repeating that the camp was like a prison and we should never leave; otherwise, the Belgian soldiers would catch us.

Nevertheless, we decided to take the risk so we could explore the streets outside. Once out, we were impressed by the beauty of the buildings. When we saw an army jeep, we were careful to avoid it. But when we reached an empty, shadowy street, soldiers chased us. We ran until we reached a narrow alley where we could hide in a sort of recess in the wall. Nevertheless, the soldiers found and caught us. I woke up as they shoved me into their jeep.

I felt stunned, and just stared at the ceiling for about 20 minutes. I wondered, “Why did I have such a dream even though I have never thought about immigrating to Belgium? And why was I so afraid of being terrorized by soldiers, even in Europe?” (I concluded later that it made sense. These days, everyone seems to talk about finding a way to leave Gaza. And yet it seems that no matter where we go, true freedom remains elusive, because how can we be free when our homeland is not?) Exhausted by my overthinking, I fell asleep again until my mom's voice woke me up to have breakfast.

When I walked into the kitchen, she launched into her usual “investigation.” She asked, "Why were you up so late? Is anything wrong?” (I was amazed; how did Mom know I was up late when she was sleeping? Moms never stop caring.)

I told her my closest friend felt depressed and disappointed and needed someone to listen. But mainly, I was really waiting for my phone and iPad-mini to fully charge so I wouldn’t be without them when the power shut off. We have electricity for no more than four hours a day right now, so I never sleep when we have it. I also needed to keep an eye on the outside faucet, so when the water came, I could turn on the generator that pumps water from the underground pipes into the storage barrels on our roof. (This is one of the many facts of Gaza life most outsiders don’t understand: Due to the shortage, water is rationed by the government, and we leave the outside faucet open so we know when it comes. If we don’t start the generator right away, our neighbors might beat us to it and use up all of the scarce water. It’s almost a game.)

It was a religious holiday, which means Mom and my brother didn’t have to work. (Eid al-Adha honors the willingness of Ibrahim [Abraham] to sacrifice his son as an act of obedience to God’s command. But then, to spare the son, God provided a lamb to sacrifice instead. On this holiday, a lamb or similar animal is sacrificed and divided into three parts: one third is given to the poor and needy; another third is for relatives and friends.) She, my brother and I ate breakfast together. Then I washed the dishes (my assigned chore) and asked what else needed to be done around the house. (I only have one stepsister, and I don't live with her, so unlike many traditional families here, I do housework too. Even if that weren’t the case, though, I consider helping Mom my duty and my privilege. She’s been divorced from my father since I was an infant and works hard both at home and at her job as a supervisor of math teachers. Since she is paid by the Palestinian Authority, which has been punishing Gazans in a bid to force Hamas from the government, she only receives half her salary.) I filled the kettle with water to heat and cleaned the guest and living rooms; then, I turned off the burner to let the tea brew, steeping with sage and cinnamon sticks, while I moved on to tidy the other rooms.

Ready to relax, I played the new album from Elissa (Zakaria Khoury, from Lebanon). I took two mugs of tea to Mom and my brother. Then, I headed with my own steaming mug to my sanctuary, my room. I turned the Wi-Fi on with a battery (since we had no electricity at the time) and checked my social media accounts. Most of what I read and saw were Eid posts and messages. Sometimes I think I feel the spirit of Eid on social media more than in real life—especially this year. People here are so desperate and broke. Markets, restaurants and other public places are not as crowded as they used to be. Everyone is thinking about the expenses they can't afford.

Suddenly a post from Medical Aid for Palestinians showed up in my Facebook newsfeed. It was a video reporting the murder of a third volunteer paramedic by Israeli snipers while he was treating the injured at the Great Return March. The news brought tears to my eyes; I couldn’t stand watching the video for more than 30 seconds. I scrolled down until it disappeared, then distracted myself by jumping out of my bed, choosing the most pleasant song on Elissa’s new album, turning the volume up and dancing crazily until the song ended. Be gone, negative energy!

I was very sweaty now; after sleeping in the hot weather with no way of cooling off (no electricity!), doing chores and dancing, I needed a long shower. It was 1 p.m. now, and I took my time. Then it was Mom’s turn for her shower (only one full bathroom and not enough water for two at a time!). In the meantime, I turned on (Egyptian singer) Amr Diab’s latest song, put on my new Eid clothes and started to organize my binder for an intensive course on teaching the English language for which I’ve been accepted.

Unfortunately, before I could finish, my brother’s friends came to wish him a happy Eid. He’s not good at anything related to hospitality, so I poured glasses of cold karkade (hibiscus) juice and filled some plates with nuts. When he left to visit other friends, Mom and I started our own journey to visit my maternal aunts, as we always do on the second day of Eid. I took some selfies with her, then we set out.

On our way to visit my youngest aunt, I recited a few Quran verses and zikr [a form of devotion in which short phrases or prayers are repeatedly recited silently or aloud] for safety and protection. When I shook hands with my uncle, he told me he loves the Facebook memories I share of my stay in America. His words provoked within me the ghost of nostalgia as I remembered that time three years ago, when I attended university there for a year as part of a U.S. government program. I had celebrated Eid with my American and international friends at an event on campus. We had a delicious Middle Eastern dinner. I treasure those memories, but they also hurt. I want to return so badly, but travel is so difficult for Palestinians, especially those in Gaza. I have no idea when, if ever, I will be allowed out of Gaza again to interview for a U.S. visa, much less to travel there.

Later, at the home of my oldest aunt, we ate a delicious late lunch of sacrificial beef and yellow rice. And, of course, Mom and I asked to charge our phones, since she had electricity. I didn't want my phone to die, so I could continue jotting down thoughts for this essay and read a book I’ve downloaded. It’s an Arabic novel that dramatizes the lack of rights for women in the Middle East. It’s sad, but good; I read it whenever I get the chance.

We left for another visit with another aunt. (One of the consequences of the Israeli blockade is our large, extended families live very close to each other—unlike countries where residents can travel easily and thus leave relatives behind.) She insisted on serving dinner (a hallmark of Palestinian culture!), and although we were not yet hungry, the smell of falafel and hummus convinced us to eat a little.

We finally left for the last and best stop—a visit with my great aunt. My closest friend and cousin, Jeje, lives there and we had planned a birthday party for Mom. Her birthday was Aug. 21 (the first day of Eid). Jeje made a cake and bought fruit, nuts and other snacks for the party. Mom was smart enough to figure out we were doing something for her when we started to set the table, but she didn't let on. The moment we brought in the cake lit up with candles, she knew for sure.

Mom is my superhero and role model in life. It feels great to make her happy. We sadly left their home, the desire to sleep stronger than the wish for fun. The moment we got in the car, I opened the window and leaned back so the fresh, cold air touched my face. I didn’t feel like going home or anywhere else. All I wanted was to feel the refreshing, cold air. It almost felt like freedom.