A conversation with my mom

Home » A conversation with my mom 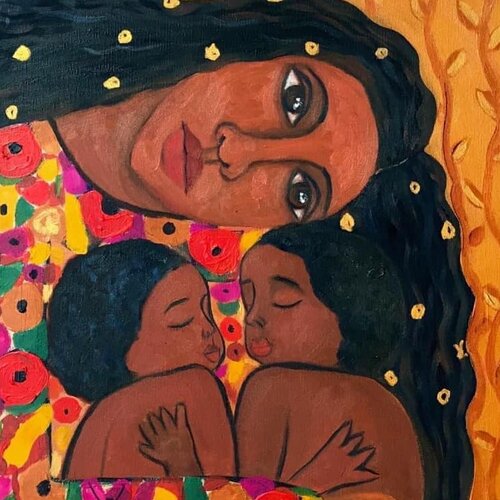 I work at a clinic a few minutes away from the Pentagon, Virginia (USA). Almost every few minutes, a helicopter passes  overhead. For a moment, I think it’s going to shell the building, but then I realize I am 6,010 miles away from Gaza, where my family of 10 lives and are currently under Israeli attack.

I was still living in Gaza during the last Israeli war on Gaza in 2014. The 51-day assault was brutal, but to be honest, it’s almost worse to watch it from afar, able only to watch helplessly while my family is at risk. All I can say about this time is that I wish I were with them so if we die, we die together, so no one will mourn the loss of the other. It’s especially hard since I know they aren’t telling me everything. After all, I avoid telling them anything about my life in the United States that might worry them; I am sure they do the same with me.

While driving to work yesterday, a notification from my family’s WhatsApp group popped up on my screen, asking me to call them since they now had internet access.

“Mom, I am worried about you. How are you all?” I responded, while trying to envision every single detail of her beautiful face wrapped in a purple hijab. (I am sure she was wearing her hijab because she knew she might have to leave the house quickly if any danger occurred.) I pulled over so I could give her my full attention.

Once on the video call, I could see the anxiety and frustration on her face. I knew that there were so many stories behind that expression, but I could not tell exactly what they were.

For a few seconds, my mom did not know where to start or what to tell me. I knew there was so much going on in her mind.

“We are fine!” she finally answered. I did not believe they were fine, but I appreciated the effort.

“We are safe, but who knows for how long.” I knew my mom was scared, not for her life only, but for my siblings, who clustered around her during our video call.

My mom informed me that they had gathered their official papers, including their IDs, passports, birth certificates, university degrees and other documents in a small bag, ready to grab if they had to flee. This is a common practice in Gaza. During the 2014 war, when we left our house and lived with dad’s uncle, we left everything behind but the most important documents.

Since Thursday, my parents have hosted more than 40 relatives, including my married sister and her six kids. Now, along with my uncle and his nine children, the family building is sheltering more than 60 people, all seeking safety.

My conversation with my mom continued as she told me about how much food they had in the fridge and how some of it might go bad due to the shortage of electricity. Food itself might be scarce soon if this harrowing assault continues.

While talking to my mom, a client from the medical clinic where I work called to ask some questions about their son’s care. They informed me that they would not come to the clinic that day because were planning a visit to a park to ease his boredom.

I hung up with the parent of the bored son, and started crying while my mom was still on hold.