Newspaper clippings to twine: creating art from the mundane

Home » Newspaper clippings to twine: creating art from the mundane 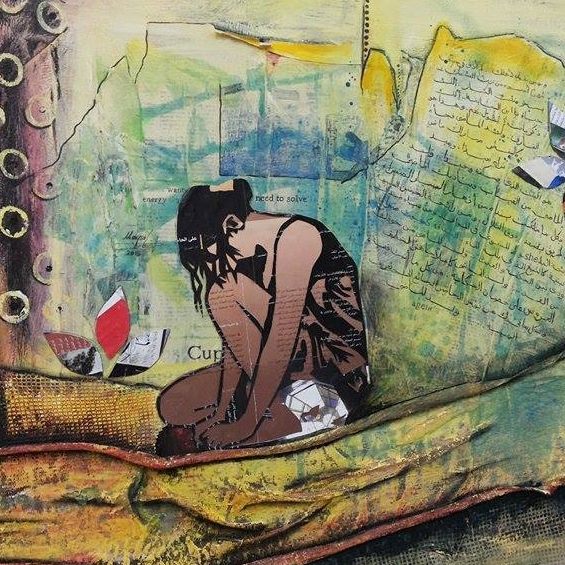 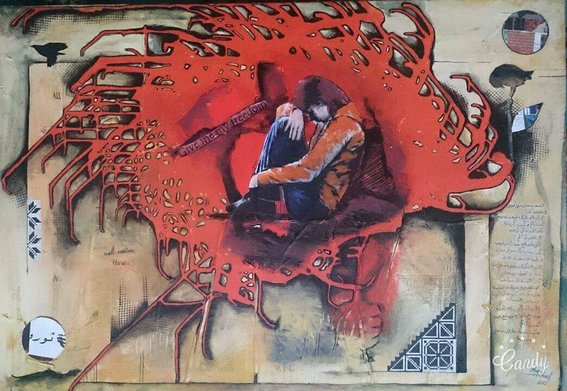 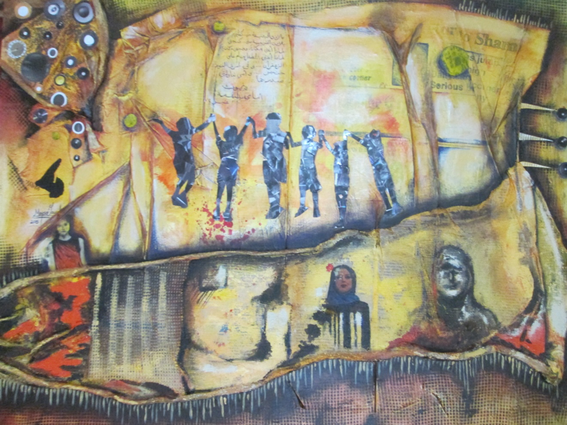 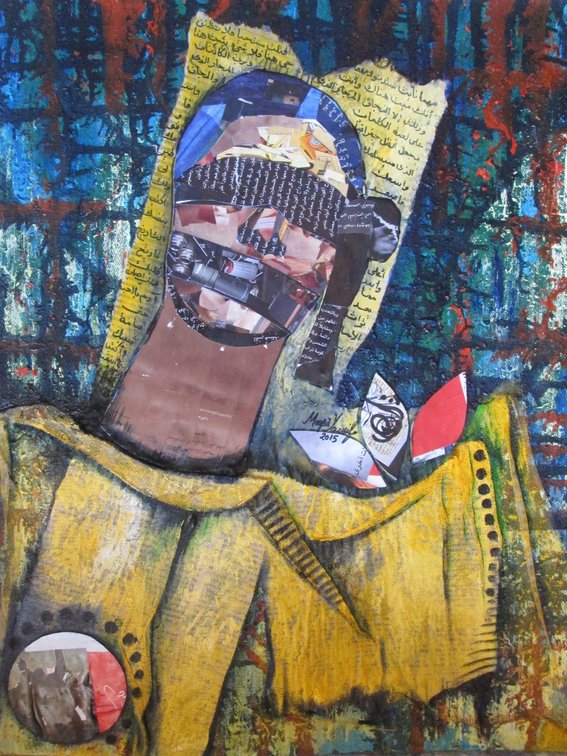 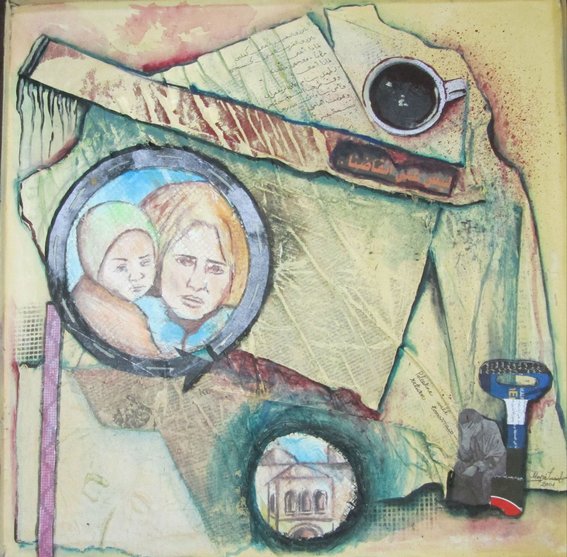 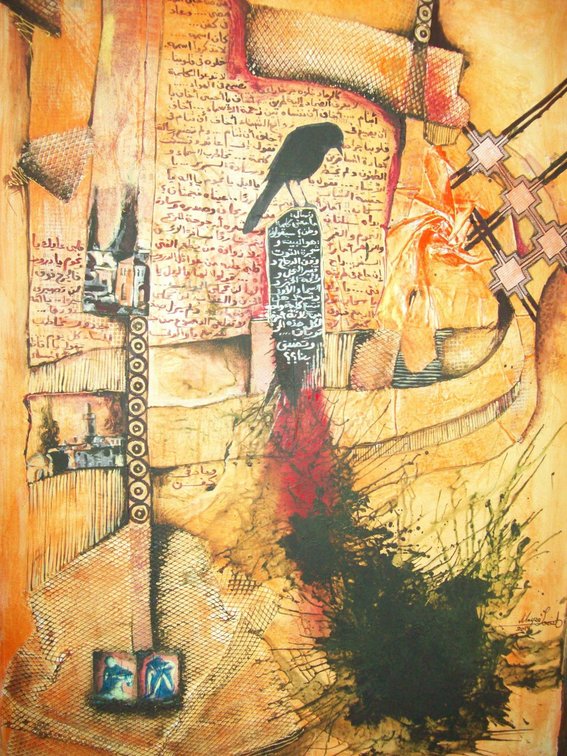 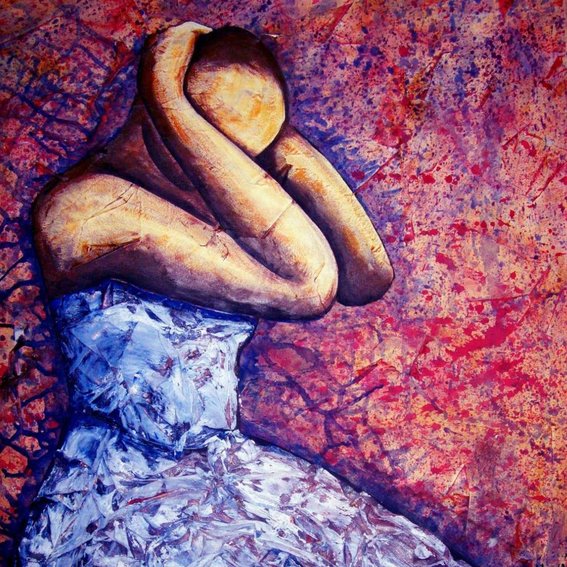 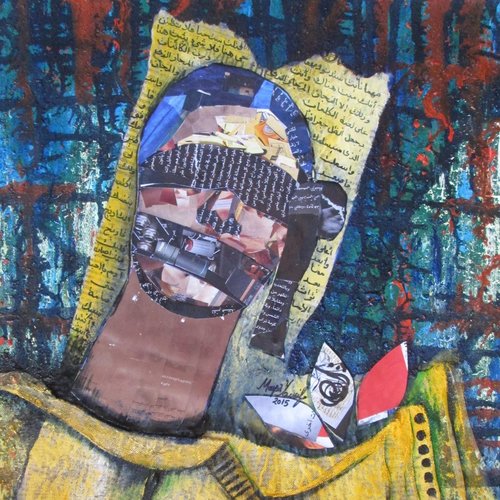 Since her childhood, Maysa Yousef, 31, has been drawn to art in all of its forms, devouring images in magazines and newspapers and imagining herself as a great artist. However, art is not a pursuit that can earn you a living in Gaza, and the required supplies are expensive; thus, she found no support for her dream at home. Maysa went on first to learn secretarial skills and then to study nursing.

In 2005, Maysa was working for the military medical service, as a nurse at one of its hospitals. The director general of the service knew of her love for drawing and as a reward for her hard work, paid for her to take some vacation and study with his cousin, a well-known local artist named Bashir Sinwar.

“I could not believe the opportunity he gave me!” she recalls. Maysa loved it so much that while she continued working, she also began studying art at Gaza’s only fine arts program, Al-Azhar University.

“It was very difficult to coordinate my responsibilities at work with my university lectures, but nevertheless, if I had not been employed already, I would have been given a scholarship due to my distinguished performance,” she reports proudly. That same year, she participated in her first exhibition with other top artists in Gaza, showcasing her pencil drawings. Other Gaza artists who influenced her were Shareef Sarhan and Basel Maqousi.

Later, when Hamas assumed control of Gaza and in retaliation, the Fatah party ordered her to go on paid furlough from her job, she had plenty of time to complete her study of art.  Today, she lives in Deir Al-Balah in central Gaza with her husband and two young children, Salem and Saba. “My dream now is to use my art to help heal the wounds of my people, communicating from besieged Gaza to the world through my paintings.”

Maysa primarily works on canvas, creating her images using a collage technique, incorporating everything from magazine pictures to twine. Many of her works focus on issues concerning women in Gaza. Women often struggle against violence, both against their physical bodies and their right to pursue education, learn skills considered “manly” (including many sports) and choose their own husbands.

“Many of problems in our society have their roots in the environment in which children are raised,” she says. “Common consequences are a lack of confidence, violent behavior, denial, irresponsibility and an inability to express feelings.”