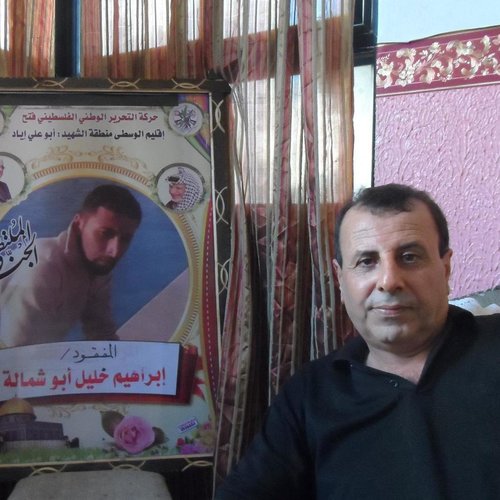 Migration, the movement of people from one territory to another, is driven by one of three basic human needs: to be safe, to earn enough money to support yourself and your family, or to be united with loved ones. In the Gaza Strip, past surveys have found that 40-80 percent of residents think about trying to emigrate elsewhere. And it’s easy to understand why: A constant threat of war; closed borders, preventing most travel in and out; youth unemployment as high as 70 percent; and severe poverty affecting more than a quarter of households.

However, emigrating from Gaza legally is an option open to only a vanishingly small percentage of residents. That’s why some, like hundreds of thousands of others from Syria, Eritrea, Iraq and elsewhere, turn to illegal, dangerous means. How they do it and what happens long the way differs from person to person; but in some respects, the stories are depressingly the same. Here are three of their stories.

Ali: ‘I started the journey, but turned back in time’

Twenty-nine-year-old Ali (whose real name is not disclosed at his request) is a civil engineer who graduated four years ago. Due to the Israeli blockade, he was not able to find a job. During the 2014 war, his apartment and his family’s home were destroyed, and they had no choice but to move in with relatives. When some very close friends were killed during the war, it was a breaking point; he decided it was time to leave for good.

"Why should I stay? There is no work, constant electricity outages and poor health care. There is no security. I can't guarantee my future, much less for a family, and it's getting worse. I had some Syrian friends who managed to emigrate to Norway and live a very good life, so I contacted them and they gave me phone numbers of people [smugglers] in Egypt who I could contact. One of them was called Abu Hamada.” Ali called Abu Hamada in September of last year. Here is Ali’s story, as he told it to me:

After receiving forged visa stamps for my passport, a man in a Honda car came and took me to an area outside of Rafah [a Gaza city along the Egyptian border]. It was far away from people and houses. There I found many youth and families waiting; we were about 30. Then they took us in cars to the tunnels [that led under the border].

We spent from midnight until about 5 a.m. in the tunnel. The tunnel was 3 km (nearly 2 miles) long and we crawled the whole way until we reached the Egyptian side. In a cafeteria in Al-Arish [a border town], we waited for one of the Egyptian smugglers to come for us.

Our clothes were dirty and people around us started to suspect us. We were 30 Palestinians with filthy clothes; who were we waiting for? We didn't have any other clothes, just our money and passports.

We left Al-Arish at midnight and reached Alexandria at about 7 a.m. New smugglers welcomed us. They took us to a big building; it was full of Palestinian and Syrian migrants.

During the next days, many people and groups from Gaza came.The smugglers  took  US$1,500 from each one of us in return for the trip to Alexandra. Then they took another $1,500 for the journey to Italy.

They told us to prepare three kilos of dates and six bottles of water for each one of us, in addition to our luggage. They said they would bring us lifejackets. We stayed there for 18 days waiting to leave. That’s when we heard a ship had sunk. One smuggler said the situation is not easy and we must change our plan, since the police were now looking for us. He said half of the group would travel through Libya. At this point, I refused and decided to go back.

Ibrahim and Adel: Where are the bodies?

On September, 15, 2014, more than 400 asylum seekers from the Gaza Strip, Syria, Egypt and Sudan drowned in international waters on their way to Italy [the sinking that caused Ali to become afraid and return home].

As of November 2, 2015, the UN refugee agency reports that more than 744,000 people have fled  to Europe this year to seek a better life; about 3,440 of them have died or gone missing trying to cross the Mediterranean.

The families of the missing passengers continue to ask one question: If our children are dead, then where are the bodies? If they are alive, where are they?

Tarek Samoud, an uncle of two of the teenagers who disappeared in the sea, has his own theory. He says his two nephews, Ibrahim, 15, and Adel, 14, went to Egypt via the tunnels on September 5, 2014. The boys had lost 40 of their relatives in the summer war, and their father desperately wanted a better life for them.

It was the 6th of September when Tarek's brother saw his sons the last time. A few days passed and there was no news about what happened to them. All their father knew was they had boarded a bus to a place where they would set sail to Italy.

Two weeks passed, then rumors spread that a ship had sunk. “We were desperate to know anything about them, so with the families of other migrants, we protested to call  for every official authority to do something,” says Tarek. “But there was no response. It was as if we were going in circles. We don’t think they are dead. Where are the bodies of all of these people who disappeared? We believe they are alive in Egyptian prisons."

More than a year after the disappearance of the migrants, their families are still suffering. The lives of their wives and children are particularly unstable. The law doesn’t consider the missing people dead since no bodies have been found, so they are unable to benefit from insurance or their loved ones’ benefits.

"It's a slow death" says Khalil Abu Shammala, the father of two other young men who went down in the same ship. "We keep waiting for any news all the time. But no one is helping. No one seems to care.”

Abu Shammala says Ibrahim is married with one son and a daughter. The younger Mahmoud is not married; he wanted to, but no one was willing to become his wife since he didn’t have a job.

“The last time I talked to my sons, they said they would sail. After that I lost connection with them. Their mother and brothers still believe they are alive. But I know they are not. What makes this even worse is that we don’t have at least a paper to prove they are dead. What will happen to Ibrahim's wife and children? I want to add them to my medical insurance, but the law doesn’t allow me. There life has stopped and no one is doing anything. I just want some proof they are alive or dead."

Next: Eman: Looking for lost loved ones in Egypt? Try prison (and learn more about the mysterious smuggler Abu Hamada)